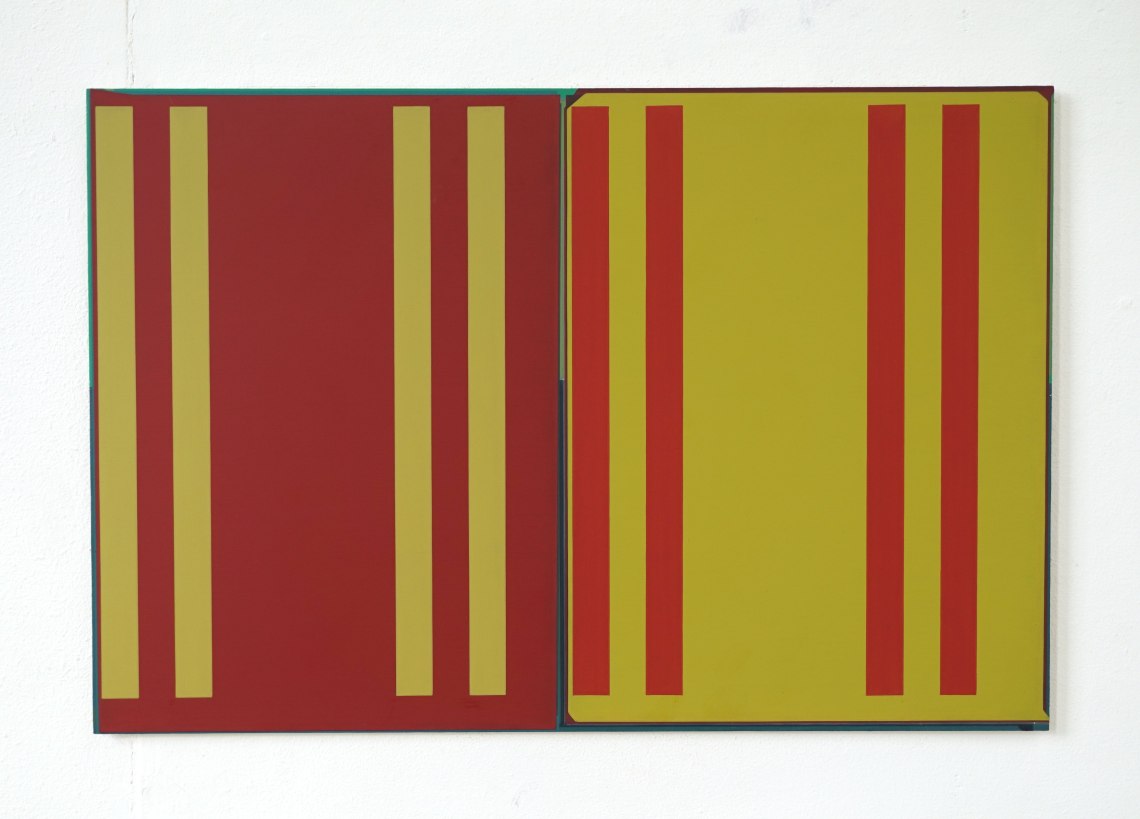 Turning a page, like turning a corner, can be constructive. Likewise, by an act of rotation the structures in a picture show themselves, if you are lucky, in a better light. Again, when I turn the page of an architecture book, the following page shows the same building pictured from a slightly different angle and the building is brought to life. In all cases, this seems to be more about the relationship and passage between two views.
The title of the ongoing series of paintings ‘Notebook Painting’ is a metaphor for a painting that is both a surface plane made up of an infinite number of worked ‘pages’ and of a composition made up of ‘notes’ that can potentially be re-arranged on subsequent pages. These notes are based on modern architecture, and they aim to extend the metaphor whereby a façade or wall contains any number of previously formulated plans and where the geometries that organize the space are contingent and open to change. Put another way, it refers to a surface that has memory even if, as in these paintings, it is only visible at the edges and may be forgotten in the turning of a page.  (Timothy Renshaw, 2017)