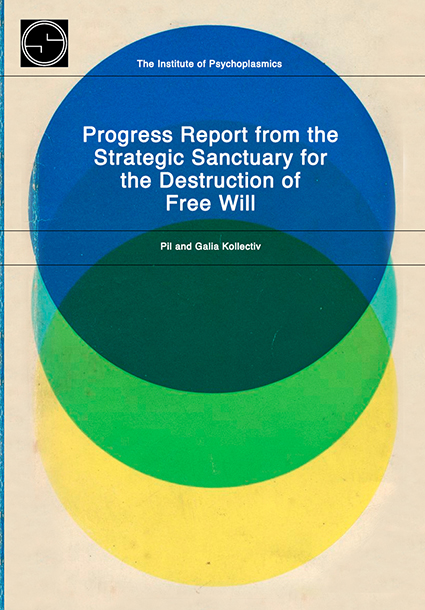 The exhibition will culminate in a screening of the full film draft accompanied by live music on Saturday 2 April, 2.00-3.30pm. To find out more or to book a place on this event please RSVP info@pumphousegallery.org.uk.

For their first solo exhibition at Pump House Gallery, Pil and Galia Kollectiv will transform the building into a makeshift film set. They will create environments that juxtapose the institutional and the psychedelic, creating a distorted, jagged architecture in which to shoot a film during the gallery’s closing hours, screening short missives as the exhibition progresses.

The project aims to think through the possibility of collectivity in a society that demands the total management of individual, private experience. Drawing on the ideas of the emancipatory psychedelic culture of the sixties, the anti-psychiatry movement that came with it, and more recent writing on the biopolitics of pharmaceutical control, this new work takes on difficult questions of labour and its intersections with chemical mediations of everyday experience.

Through filmed, synchronised movement set within the neo-expressionist, makeshift installation, Pil and Galia ask what happens to the idea of opening the mind and superseding the illusion of the ego in an age when the constant production of the self is an imperative of post-Fordist labour.