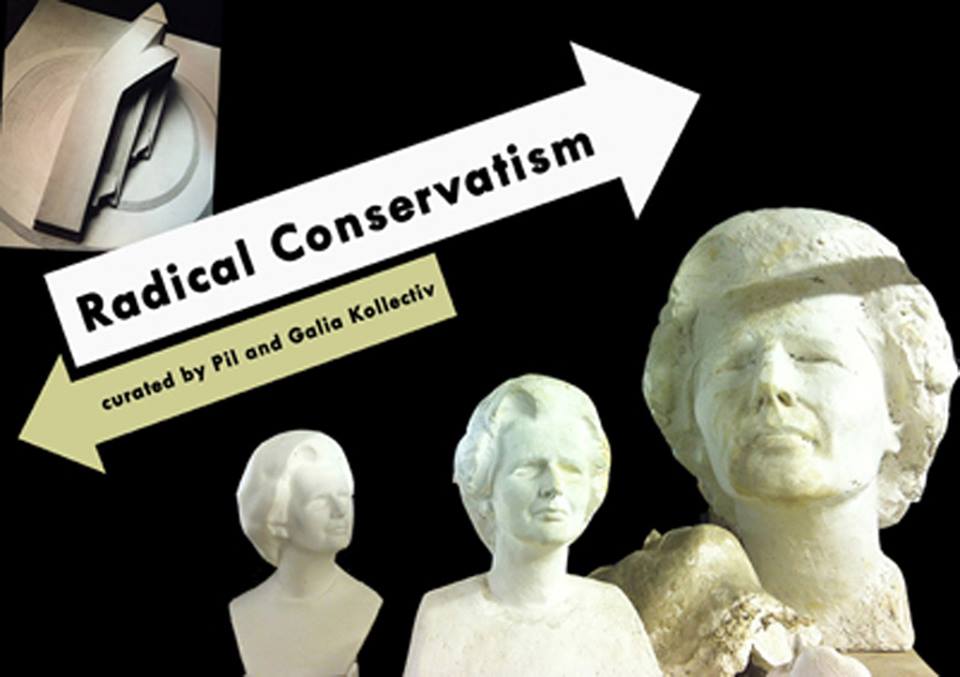 Today more than ever, with the left increasingly holding on to the past of the welfare state as an ideal, and the right quietly revolutionising our world through neoliberal reforms, the paradigms of radicalism and conservatism need to be redefined. Can conservatism be seen as a radical position in itself?

Alun Rowlands is a curator, writer and Professor of Art at the University of Reading. He co-curated The Dark Monarch at Tate St Ives and Towner Eastbourne in 2010. He has a particular interest in the ways in which artists and writers create social interstices through itinerant self organisation, samizdat publishing and collaboration; alongside the history of alternative spaces and notions of the artists’ colony.

Robert Garnett is a writer and art-ctitic based in London. He has written for a wide variety of Uk and international art publications, including regular contributions to Art Monthly and Frieze. Robert is co-editor with Andrew Hunt of the critically acclaimed anthology, Gest: Laboratory of Synthesis #1, (London: Bookworks, 2008), initiated by a series of events and discussions during the exhibition ‘Gest’ — at the Stanley Picker Gallery, Kingston University. Robert’s other recent work explores the concept of humour in the writing of Giles Deleuze.

Pil and Galia Kollectiv are London based artists, writers and curators working in collaboration. Their work addresses the legacy of modernism and explores avant-garde discourses of the twentieth century and the way they operate in the context of a c